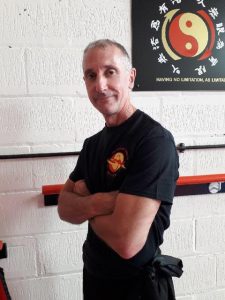 Steve has a very comprehensive list of personal achievements throughout his career as a Martial Artist, a few of these are listed below:

He has trained every year since the early 1990′s with world famous Martial Arts master Dan Inosanto ~ The highest authority in JKD. Bruce Lee’s no.1 student, friend, training partner and film co-star.

Other world famous Bruce Lee students that Steve has had personal tuition from include:

Steve has met Bruce Lee’s Daughter – Shannon Lee, who talked at length about her late dad.

Other friends, students and film co-stars of Bruce Lee Steve has met and talked with are: